360 Videos are very popular when it comes to events or people want to showcase a timelapse. A guided tour through a university campus, exhibition or museum can enable visitors to experience the same without being physically on the site.

360 degrees of success for your content in any way of communication with your client and potential customer, does this sound good for you? Producing a 360-degree video involves some effort than making a regular one and the question coming into our mind is clear.

Does it pay off, do marketers see benefit compared to the cost of production? In today’s infographic, by St. Joseph Communications, we might obtain some answers to this question. For example, the Graphic share with us that clickthrough rates for 360 videos average 4.51%, compared to 0.56% for traditional recording.

360 video claims to capture the feelings of their audience. They put their viewers inside an experience, engage viewers on a level that not only endorses them to click but to watch more.

360 videos give power to the viewer and let them be a part of the story.

Additionally, we gather some ideas what our audience wants to see in 360 videos which we can adopt in our marketing campaign. Most viewed videos are related to sports and travel (60%), live entertainment (55%), movies (39%), news and documentation (31%), and television (30%).

Who are the prominent players using it?

One of the biggest spin masters, as named by the infographic, are NASA, who is showcasing 360-degree videos on Facebook and YouTube. Since launching a program a year ago, they have witnessed a 35% increase in YouTube subscriptions while video views have doubled.

BMW know as a big technology innovator is using 360 videos successfully in their marketing campaigns. BMW UK granted their Facebook audience the chance to experience riding at high speeds. The video gained over 3.5 million views, 11000 likes and 2000 shares in only 2 months.

And Sony the entertainment giant showcased the “Don’t Breathe” 360 trailers which were watched nearly 7x more than its 2D version.

All of this looks a little like the medium is new. People are curious about it which makes it to the hype. How long will this last? How long can we operate it as a hook in our marketing campaign? Let us know your experience, have you tried a 360 camera device, software or solution? Share your comments below. 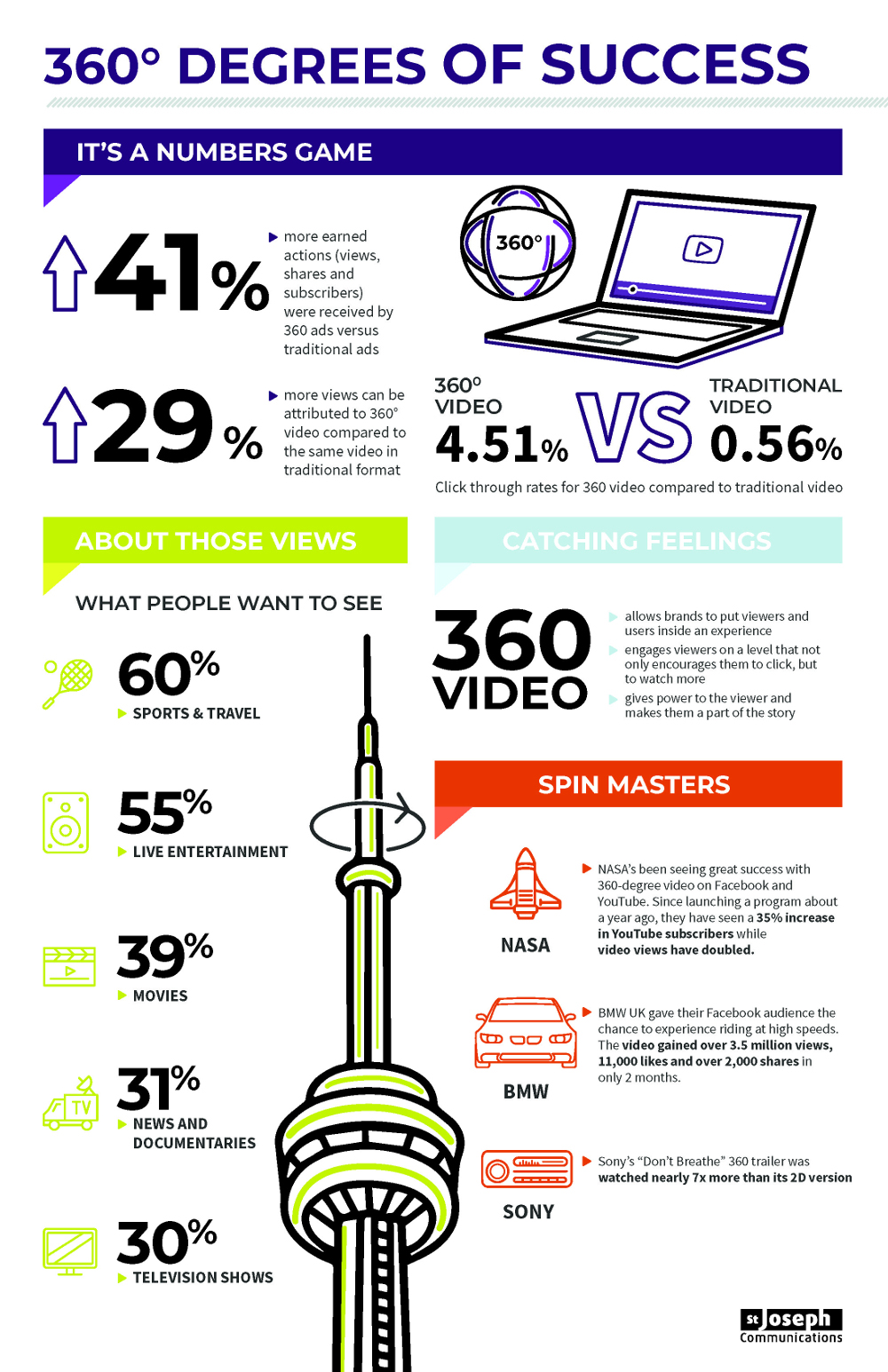