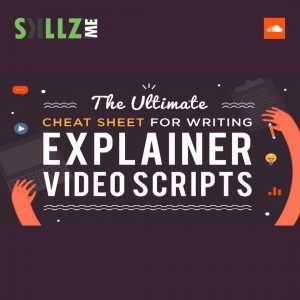 As a marketer, we had to realize over the last year the fact that selling products have changed due to the rapid advancement of technology. The consumer dictates us how they would like to read and receive information.

Online marketing became a thing as soon as the first browser was launched to the public in the early 1990s. Since the internet was maybe not so much known by then and it was very sketchy and risky to make an online transaction. Today, we all see the advancements in security and understand the risk better which we can eliminate easy by using only secured sides protected by SSL and other features. Secure payment gateways are nowadays so normal as an ATM card or credit card.

Businesses have no problem anymore to offer online payment since security is given. The remaining challenge is conversion. Marketers spend much more time in optimizing a company’s conversion rate by building a solid conversion funnel. Our audience is getting more and more abused by information overload and we need to reinvent the methods of how we can catch the attention of the right people who are likely to be interested in your product.

The internet offers many ways to stand out: blog posts, advertising, infographics, and explainer videos. Among those things, explainer videos are arguably the most popular among startups and companies as their go-to content for their online marketing.

Explainer Videos can lift your conversion rate by 20%.

We learned from DropBox who proved it possible to sell a product that was (then) very niche, innovative, and unfamiliar to the public by using an explainer video. In 2009, a production company called Common Craft made an explainer video for a young, relatively unknown startup: Dropbox. The two minute and seventeen-second Dropbox explainer video was placed onto the front page of Dropbox.com.

Explainer videos transport a message in a very engaging way to its audience. It can be are short animation that can effectively explain a product, explain a concept, a how it works tutorial or a message about a company assisted with animation, graphics, and voice. Most explainer videos that you can find online are animated, and there is a reason why.

An Animation is easier to customize, manipulate, and modify the visual elements of animated videos such as colors and illustration, which are the keys to make content stand out. Time to market is in our fast moving world mandatory, so we seak for flexible methods to adjust our messaging.