When you think of Mario, you probably have a certain image in your head. If you’re like a lot of folks, you see a cartoony middle-aged plumber with a fungus addiction. Let’s take a look at some of this and more fun Super Mario facts you did not knew you want to know.

But according to Shigeru Miyamoto, creator of Mario, you might have been misinterpreting Nintendo’s iconic mascot for decades.

In a recently re-published interview from 2005, Miyamoto stated that there weren’t any strict guidelines or definitions when it came to Mario lore.

“I think it was fortuitous that we didn’t put any restrictions on Mario as a character (…) Normally when you create a character and present him to the world, all the details get filed in: what’s his favourite colour? what kind of food does he like to eat? But aside from the fact that he’s about 24-25 years old, we didn’t define anything else.”

Though Mario has appeared in games for over 30 years, he’s apparently still young enough to stay on his parents’ health insurance. That’s probably a good thing since the Mushroom Kingdom benefits package is mostly comprised of cake and kisses on the cheek.

So what’s the story about Super Mario and Donkey Kong?

So, Mario and Donkey Kong didn’t exactly get along in the first Donkey Kong game. Donkey Kong captured his lady, Mario had to climb a bunch of ladders and get her back, let’s just say they didn’t end on good terms. But what does Mario do in response? He captures Donkey Kong from the wild, locks him in a cage, and then sends out his bullwhipped animal minions to stop DK’s son, Donkey Kong Jr., from saving his father. I don’t even know where begin with this. Obviously, there’s an element of animal cruelty here, but it’s exacerbated by the fact that DK and his son are self-aware, and Jr. is watching his father dangled in front of his face before Mario sweeps him away to the next stage. Super Mario is one sick puppy.

Mario Once Went To Battle With Monsters From Hell

Yes, you read that correctly. Super Mario, along with Kirby and Link from The Legend of Zelda once went to battle against the worst the underworld had to offer in a comic strip featured in German gaming magazine, Club Nintendo. Simply called Super Mario in the Night of Horror, the plot of the comic is this: Mario, along with Kirby and Link, must defend their Brooklyn skyscraper and Princess Peach from Abigor, a demon, and his evil forces, which include such classic horror characters as Leatherface and Chuckie. Using Van Helsing’s weapons and drinking “red serum,” the Nintendo heroes are able to drive the evil back. Remarkably, this story is actually part one of a two-part arc, just in case you really need that Mario/horror itch scratched.

Luigi was originally colored green because of technological limitations

Luigi has gotten the short end of the stick for most of his life. For the most part, he’s always been mentioned in relation to his more famous sibling; most know him as “Mario’s brother” or “Player 2” or “Green Mario.” This goes back to the creation of the original “Mario Bros.” game — not the classic sidescroller, but the weird single-screen arcade game. You might have played a variation of it in Super Mario Bros. 3’s battle mode.

See, Nintendo wanted another character for multiplayer purposes, but they had limited memory. So Luigi (which is close to the Japanese word “,” which means “similar”) was built as an exact copy of his brother. But when it came time to design Luigi’s clothes, Nintendo had a problem. They couldn’t very well give him the exact same wardrobe as Mario, but they didn’t have a ton of memory left over for the palette. So, making do with what they had, Luigi borrowed the color from the Koopa’s green shell.

One of the most memorable levels in Super Mario World has to be “Vanilla Secret #3.” There’s a reason that it’s often called “The Dolphin Level,” as porpoises bound across the screen, acting as mobile platforms for Mario to travel across. It’s not the toughest level in the game, but its

And it’s way different in Japan.

Should you visit Vanilla Secret #3 while playing the US version of SMW, you’ll find that the cute, cuddly dolphins are immune to Yoshi’s tongue. But in the Japanese version of the game, these dolphins are just as as any apple or you might come across.

No one is really sure why this is, but there are a couple of theories out there. One suggests that Western audiences were particularly attached to dolphins during the early 90s, as anyone with a Lisa Frank Peechee folder could attest. Some think that it was actually a way to make the game easier for dummies in the US, since allowing players to swallow the dolphins is essentially letting them destroy the quickest path across the level.

Mario Almost Had A Gun

It’s crazy to imagine Nintendo’s golden boy wielding a gun and dropping enemies in the Mushroom Kingdom with a bullet to the head, but it was almost a reality. For shame. What would Batman think?

Of course, the game ended up going in a very different direction, and Mario’s ammunition was supplied instead by fireballs. Because setting someone on fire instead of shooting them is far more humane. Mario, you’re the worst, man. 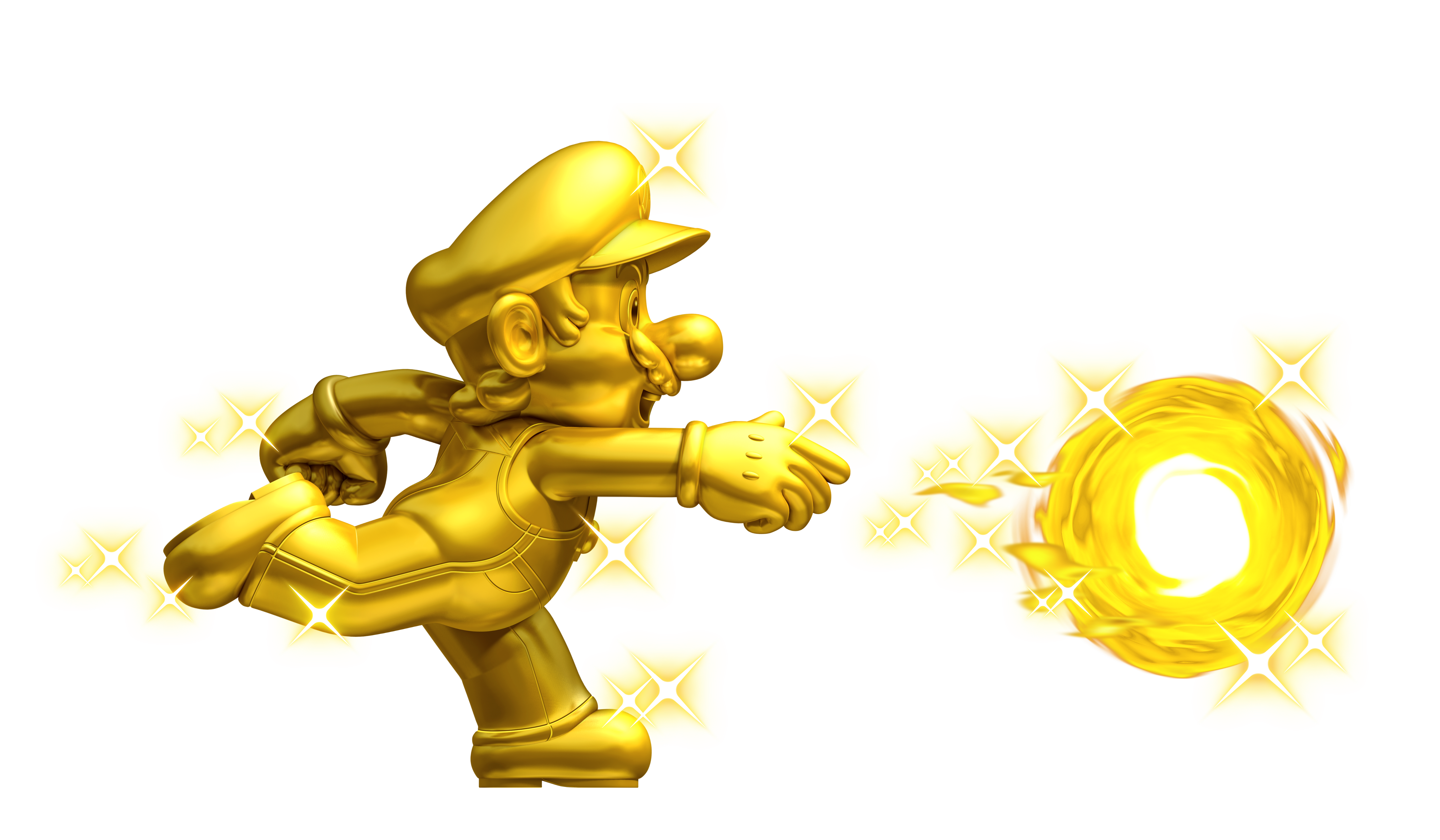 Mario Is Not Aging Well

According to Super Mario creator Shigeru Miyamoto, Super Mario is somewhere in the area of 24-25 years old. That’s right, you read that correctly. Super Mario, a short, round, mustached man who, realistically, looks like he’s probably in his early forties, is in his mid-twenties. What is going on? There are a few possible explanations. First, Mario’s repeated trips to the Mushroom Kingdom, a different dimension than the one he is from, are somehow taking a toll on his brain, metabolism, and physical appearance. Another is that Mario’s rampant drug use (as we learned from the previous item on this list) is catching up to him. He’s like a video game Keith Richards, or something. Just another reason crack is whack, kids. And if you’re a kid reading this, stop! I thought I made it clear this was not for you.

Bowser Had His Own Show…And It Would Terrify You

Everyone remembers The Super Mario Bros. Super Show, the Mario Brothers cartoon featuring professional wrestler Captain Lou Albano as Mario. What far fewer people remember is the short-lived King Koopa’s Kool Kartoons, KKKK for short (or just “whoops” for really short), a show that featured an actor clad in a Koopa costume that managed to somehow walk the line of looking both cheap and terrifying simultaneously. The show consisted of Koopa queuing up public domain cartoons for a live audience of children, all of whom were outfitted in Koopa themed hats and shirts, which didn’t do much to take away from the idea all of them were being held against their will. The show enjoyed a lengthy run from 1989-1990 and was only broadcast in Southern California.

There Are Two “Adult Industry” Movies Based On The Mario Games

OH, WE’RE GETTING INTO IT NOW. Yes, you read that correctly. Shot in 1993, Super Hornio Brothers and Super Hornio Brothers II are two”adult” films based on the Super Mario Bros.‘s video game adventure, and even feature Ron Jeremy as Mario, or, as he’s called in the film, Squeegie Hornio (just for the record, I am enjoying writing this just as much as you are reading it). Nintendo actually purchased the rights to both of these movies in order to make sure they were never released to the general public. I’m gonna go out on a limb and say that was a pretty good call. Ok, good to know, let’s continue with some more intersting fun Super Mario facts.

There are plenty of odds and ends that don’t add up in Super Mario Sunshine, but one of the most intriguing mysteries has already been solved by the community. Though obviously a human, Il Piantissimo shows up “disguised” as one of the local Piantas to race Mario in a series of challenges. You never get to see under his mask in the game, but fans hacked apart the code to figure out the speedster’s true identity.

What’s under that mask will shock you! Well, unless you played Zelda games on the Nintendo 64.

Though a little shorter in stature, the man is known as Il Piantissimo is undoubtedly the same person known as the “Running Man” in Ocarina of time, and the mailman in Majora’s Mask.

Fans can find just about anything if they have a set goal in mind. Maybe if they look hard enough into Super Mario Sunshine, they can find a good game.

Enjoy the Infographic summarizing all we heard now, or have been reading about our 10 Fun Super Mario Facts you never knew you wanted to know.

Another of Fun Super Mario Facts, he has a new Job

The economy is hard in the year 2017 and so had Super Mario also the need to look for new income since his plumping business is really leaving out. Watch the Video from the recent Jimmy Fallon Latenight Show.

Before we end our story about Fun Super Mario Facts here a bonus: Super Mario Might Be A Mass Murderer

From the Super Mario Bros manual:

“One day, the kingdom of the peaceful Mushroom Kingdom people was invaded by the Koopa, a tribe of turtles famous for their black magic. The quiet, peace-loving Mushroom People were turned into mere stones, bricks, and even field horsehair plants, and the Mushroom Kingdom fell into ruin.”

Hang on a second. Wait a minute. Backup. What was that last part? They were all turned into stones and bricks? Aren’t those…exactly what you spend the entire game destroying? By that logic, with every brick you smash, you are in fact, taking the life of an innocent denizen of the Mushroom Kingdom. You’ll never look at Mario the same way again. But your kids still can. Because hopefully, you kept them far away from this list. But when they’re old enough, take it out, sit them down, and tell them the true story of the “Super” Mario. Oh, brother.

We use cookies to ensure that we give you the best experience on our website. If you continue to use this site we will assume that you are happy with it. OkRead more